Your cart is currently empty


I just went through the intro and I’m blown away with how vivid the words describe what we mean by being us. Thank you for capturing the essence of our messages. Minnie Degawan, Director of the Indigenous and Traditional Peoples Program of Conservation International
Many of the images contained in this book are not the outcome of a single encounter, but rather what one sees when one keeps looking, returning again and again to deepen one’s perspective, and sometimes deconstructing it entirely in order to perceive anew. Over the years, Jacob’s way of living and looking at the world has grown increasingly entangled with the Indigenous communities he has dedicated himself to.Nicola Sebastian

A story about the land is a story of its people. Enfolded in the varied landscapes of the Philippine archipelago are communities that have remained rooted to place against great and unrelenting adversity: those whom we call “Indigenous.” From 2011 to 2020, Jacob Maentz paid visits to these communities to listen and learn from within, that is, from the people who have called these lands home since time immemorial.

What unfolds in Homelands is the photographic narrative of Jacob Maentz’s close and continuing collaboration with various Indigenous communities and groups who have been historically marginalized in the Philippines. Having lived in the archipelago since 2003, Maentz is ever mindful of the trust placed in him as honored guest, as well as the power of his position as an outsider. Needless to say, the stories and knowledge that these communities have chosen to share with Maentz have indelibly shaped his own journey of unlearning, inviting him to deeply reimagine the intimate, intricate, and inextricable relationships between place and people.

In a symposium of dialogues and essays, Homelands further reflects on Indigeneity as cultural identity, as rallying banner, and as multitudinous question. The text explores even as it introduces the diverse concerns of Indigenous communities: the importance of solidarity in the clash between self-interest and shared interests; the submerged history of political resistance; alternative education and Traditional Knowledge systems; food sovereignty; and the successes and challenges of reclaiming land recognition after centuries of colonization and modern development aggression. Finally, Homelands stands in support of Indigenous peoples as the environmental frontliners of the world: holding the line against irreversible ecological devastation. With his lens and his presence, Maentz listens to and holds space for those who have never left, and those who continue to fight to live.

By purchasing this book, your support will allow us to distribute books to Indigenous communities throughout the country. 100 percent of any book profits will go back into Project Katutubong Pilipino and provide scholarships for Indigenous youth.

Jacob Maentz is a documentary photographer whose work explores the interplay of the natural world, culture, and identity. He studied conservation biology at Colorado State University and came to the Philippines as a Peace Corps volunteer in 2003. Jacob is a project photographer with Blue Earth Alliance, a community of professionals that supports visual storytelling on critical environmental and social issues. His images have appeared in publications around the globe including Geographical, GEO, National Geographic Traveler, BBC Travel, Discovery Channel Magazine and DestinAsian. Jacob is a 2021 Leica Oskar Barnack Award Nominee. He is currently residing in Cebu, Philippines.

Nicola Sebastian is a Filipino writer, surfer, and National Geographic Explorer. She is interested in “islandness,” both as space and sensibility. Her work has been published in Orion Magazine, The Virginia Quarterly Review, The Bellingham Review, VICE Asia, and CNN Philippines. Her essay, “The Salt Price,” won the Grand Prize for the Essay in the 2014 Palanca Award for Literature, the Philippines’ oldest literary prize. Nicola graduated with an MFA in Creative Writing from Columbia University, New York, where she was the Managing Editor of the Columbia Journal, and taught fiction writing to undergraduates. She lives in La Union, Philippines, where she cofounded Emerging Islands, a coastal-based arts-for-ecology residency and organization. She is also working on an ecological memoir on disaster, discovery, and the Philippines.

Neen Sapalo is an Indigenous peoples rights advocate and instructor at the Department of Anthropology at the University of the Philippines Diliman. Neen’s current research spans the anthropology of justice and human rights, and the cultural politics of home. She is a PANTAO Human Rights Research Fellow for PhilRights.

Anna Canlas is a writer and editor with bylines in New York Observer, Trendland and CNN Philippines.

Gabriel Malvar is a documentary filmmaker, writer, and photographer. Some of Gabby’s films include the National Geographic series Islands Insider (2012); On the Brink (2016), a full-length feature, offering a balanced look at Oslob’s whale shark tourism; Passages, a series on Mindanao featuring Tawi-Tawi (2015) and Sulu (2020) through a photographer’s lens; Know Your North (2016 to present), an anthology on Northern Luzon, exposes the region through individuals’ stories; and Palawan: the Last Bastion (2019).

Sabrina Gloria started working at a small offset printing press straight out of college. Her experiences in printing eventually led to the pursuit of various publishing related jobs such as administrative work, editorial work, book lay-out design, project coordination, and research. It was through collaborations with Indigenous communities for coffee table book projects that she became aware of the need for honest and sincere documentation.

Sybren Kuiper (SYB) is a Dutch graphic designer always looking for new ways to transform the reading of a book into an experience. He utilizes all the physical possibilities and characteristics of the book format itself, sometimes deceptively simple, sometimes neglecting and stretching the boundaries of bookmaking. He is part time teacher and art director. Syb’s work has been widely recognized, nationally and internationally. And since 2017 he is member of agi (alliance graphique internationale).

Kristine Caguiat is a collage artist, illustrator, and graphic designer. Kristine graduated from the Ateneo de Manila University and afterwards received certifications in Art Theory and Illustration from the Slade School of Fine Art in London, and the Peking University in Beijing. Her artworks explore her fascination with immortalizing the transitory, while examining societal issues as they manifest in the mundane and everyday.

Raxenne Maniquiz is a graphic designer and illustrator from the Philippines. Raxenne’s work depicts images of flora and fauna – mostly the kind endemic to her country – drawn with deep, painterly strokes and brilliant contrasts. She continues to explore flora and fauna as the subjects of her personal work.

Cian Dayrit is an artist working in painting, sculpture, and installation. His cartographic artworks, often materialized through embroidery, textile, and mixed media collages, plot the patterns of imperialism and feudalism in activities such as the extraction of natural resources and the displacement and exploitation of marginalized populations. Dayrit studied at the University of the Philippines. In 2019 he was an artist in residence at Gasworks, London.

Jo Tanierla is an artist based in Quezon City, Philippines. Jo works conscientiously and slowly on his drawings and paintings often employing a naturalist tradition. Jo has an undergraduate degree in Fine Arts from the University of the Philippines Diliman. His works have been exhibited in Vargas Museum, FUB Community Museum and The Den. 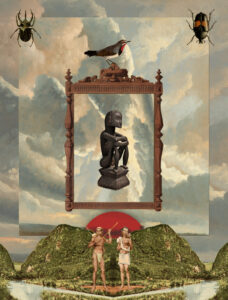 The Ifugaos tether themselves to both the visible and invisible worlds by using nature and mysticism as guideposts for navigating their harvests and their lives. The bulul figure that was carved by the same hands that tilled the earth solemnly sits atop a rice mortar as an ode to the gods and land of a plentiful harvest. It is a timeless and powerful totem of bounty, protection, and healing.  This dichotomy is also reflected in their beloved Siberian Rubythroat or kiling, whose song signifies a new planting season, a ripeness ready to be shared. While in contrast, the shiny bark beetle often found in pine denoted infestation, decay and ultimately, death.

A History of the Birds of Europe, 1859 – Siberian Rubythroat 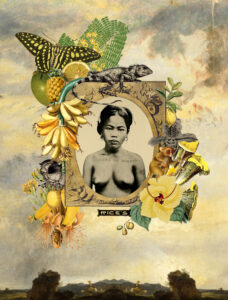 When Taal Lake was still called Laguna de Bonbon in the 16th century, it held multiple meanings: a fish trap made of twigs, a cistern of rain water, a basin for bathing, and the mythical lake from which a Batangueño woman discovers the Holy Cross; all ultimately a source of life, literally and figuratively. For wherever water flows and gathers around these seven thousand islands, the land itself flourishes with the crops and fruits of vegetation that are often tinged with the golden tones of rice husks or the bright fleshy interior of a kalamansi; the gold and yellow of bounty. 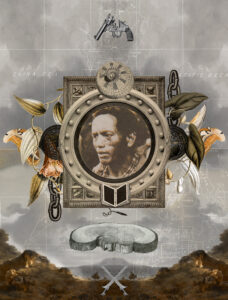 To Resist is to Make Space

Almost every part of the natural world in the Philippines has been politicized. Mountains, rivers, valleys, farmland and everything from the tip of the country to the very end, are not spared from a bloody history that dates back centuries. There exists a thin veil between an ancestral claim of these swathes of land and water versus the boundaries of modern power. Macli-ing Dulag, a pangat from the Kalinga province, was executed during the Marcos regime for his staunch opposition against the Chico Dam project. Logging, farming, education and death go hand-in-hand in the most remote areas of the country, and Dulag is a lynch pin in the ongoing battle of resistance. 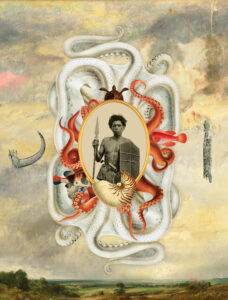 Solidarity is a Watershed

Ancestral fisherfolk have a relationship to the sea that spans generations. It is an unfathomable amount of time, just as the ocean itself is mostly indiscernible on the surface. The Tagbanwa have long used the same tools to navigate the same waters, with a sense of myth and wonder their giant octopus Amlaran nests herself in the panyaan that are to this day, sacred. She is their navigator and their source of power. In many leagues, the Tagbanwa are the sea.

3 reviews for Homelands: Indigenous Lives in a Changing Philippine Landscape

Add a review Cancel reply
Copyright © 2023. The materials on this site may not be reproduced, distributed, transmitted, cached or otherwise used, except with the prior written permission of [email protected] Terms